The elevator door opened.  Putting my weight into it, I pushed the loaded luggage cart forward into the hotel lobby.  My girls followed me, my wife holding the baby.  To our left, in the wide and spacious Embassy Suites lobby, a coffee station beckoned.  While my wife assembled her usual cup (cream and sugar), I noticed a television broadcasting a parade.  What is this? I wondered.  I moved closer to the screen and saw it was a St. Patrick’s Day Parade in New York City.  Hundreds and hundreds of police officers, firefighters, marching band members, and others marched smiling through the streets of New York.  “I think today is St. Patrick’s day, girls,” I informed my daughters.  “Its’ today?” they asked.

After arriving home, we decided to order a pizza.  Fifteen minutes after placing an order, I jumped back into the car and drove to our favorite pizzeria.  Upon opening the door, I immediately noticed green decorations adorning the dining room, as I was greeted by a young woman wearing a shirt that read, “Whiskey Business” in green letters and shamrocks. She told me the story of how she had purchased the shirt months ago because she needed something new to wear on St. Patrick’s Day this year.

Before returning home, I stopped in at the grocery store to grab some eggs for breakfast the next day.  Inside the store stood a couple wearing green bowler hats with leprechauns attached.  Passing them, I overheard discussion of the St. Patrick’s Day event they were headed for later that evening.

I grabbed the eggs and made my way to the checkout.  There, the checker asked, “Doing something for St. Patrick’s Day?” 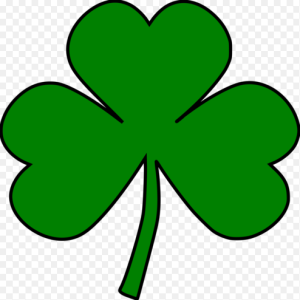 Stuck in traffic the other day, but the reward was sweet… 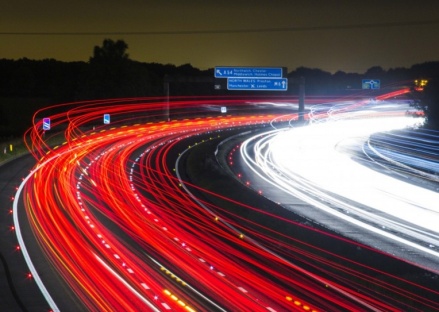 A million cars formed an angry trail of red taillights, stretching before me like a molten trail of fiery lava.  The two and a half hours of travel that had already passed formed a cloud of consternation inside the car; toll booths, crawling traffic jams, ambulances, cars cutting me off, missed exits, not to mention spontaneous tirades of expletives emitting from my vocal cords, all helped to form the molecules of the dark cloud inside my car.  Now, though, I found myself on the last stretch, almost to the airport hotel, my final destination.

But not quite almost.

Still another hour trickled by before, at last, I spotted the beige building, the green sign that read, “Embassy Suites.”  Finally!  Exhausted from Friday at work and an extended combative experience with five o’clock New York City / New Jersey traffic, I glanced to my left at the sign next to the hotel that almost seemed to point and laugh at me: “Parking: $20.”  Sigh.  How do I even get in there? I wondered, placing my forehead atop the steering wheel of my 2009 Honda Pilot.

Five minutes later, following a quick exchange with the hotel desk clerk, I wearily restarted the vehicle I’d temporarily left outside and drove to the mouth of the laughing parking lot.  After passing a magical card key over a black pad, I watched as a striped arm rose, allowing me to pass and park- reluctantly, it seemed…

Now the moment was getting close.  I could suddenly feel my mood altering, my countenance bending upward.  Quickly grabbing the green bag I had hastily assembled thirteen hours prior, I closed the car door, quick-stepping to the side entrance of the hotel.  In the elevator.  Up to floor six. Unlock room 604.

And there they were.

Three beautiful daughters, one beautiful wife.  Any angst, frustration, and consternation melted away as I embraced them.

The band hasn’t been together since February.  Feelings of excitement and cheerfulness permeated the cracks of our smiles, as the five of us set up our gear in the back of Bearclaw Studios.

“Hey man, how you been?” Brother hugs all around as drumsticks, guitars, and keys slowly came to life.

Looking around at my four bandmates, I felt so grateful to be part of such a talented group of musicians.

It was after school, and our faculty meeting ended early. With computer shut down and bag packed for the evening, I pushed in my chair, zipped up my coat.  Then the door opened.  “Hey, Lanny.”  Sidling into my office came our custodian, Ray.  “I hear you’re a keyboard player.”  Ray slowly made his way toward my desk, pulled out a chair and plopped down.

“I am,” I responded.  How did he hear that? I wondered.  I also wondered why he might be taking this time to talk with me, seated in my office.  This was a marked departure from our normal interactions, which sparked real intrigue for me.

He cleared his throat.  “You interested in an organ? I have a friend looking to get rid of one.”  An organ? I thought.

In that moment, I was transported back seventeen years, when I met a singer songwriter named Patrick.  We had been introduced by a colleague, a musical colleague who played viola, at her house one night.  She’d invited me over, hearing that I play keyboards.  Sitting in her house, just inside the door, was a small organ.  The three of us jammed that night, finding common chordal ground, inventing songs, improvising together.  Three years later, the three of us would record a record, all original songs by Patrick.

I’m honestly not sure I can accommodate an organ in my house.  I thanked Ray for the offer, as it sounded like this instrument was in search of a good home.  But I am mostly struck by the way music can connect me with people in unique ways…even with the wonderful custodian in my school.

“I wonder if we’ll actually get to take off at all today?” I mused aloud.  The woman next to me clutched her small, rolling suitcase handle and smiled.  “Hopefully!” she responded.  We now finally stood in the bridge ramp after several different delays had been posted, causing passengers on this flight to stand up, sit down, line up, re-line up… hopefully this time would prove to be the actual boarding.

In the moments that followed, I learned that the woman I was speaking with was a trainer of teachers.  “I am, too,” I told her.  She nodded.  We both had been forced to reschedule our flights.  Now, she was on her way to see a friend in Newark, New Jersey.  “Then I’m driving home to Massachusetts tomorrow,” she told me.  After boarding the airplane, we took our separate seats.

Following a successful flight from Portland, Oregon and a relatively gentle landing in Denver, Colorado I stepped off the plane, eventually finding my way to an airport Jamba Juice.  Studying the departure monitor, I learned my flight would be departing out of gate C12.  As I approached that gate, I saw the woman again.  “Hey, how was your flight?” I asked her.  In this second conversation, I learned that she worked with high school teachers, training them in a social studies program.  While in Oregon, where we had just been, she had stayed in the Columbia Gorge Hotel, but actually presented in the beautiful Skamania Lodge.  She was married. Her kids were grown.  After boarding the airplane, we took our separate seats.

After touching down in Newark and deplaning, I glanced around to find directions to baggage claim.  Making my way through crowds of phone-fixed travelers, I eventually found my way down an escalator to a large, metallic conveyor that would soon deliver my suitcase.  After waiting around five minutes, I saw the woman.  I approached her once again, “Everything go okay on that flight?” I asked.  She smiled, “Yes.”  I learned that the friend she was meeting was an old friend. One from college.  They hadn’t seen each other in a long time, and this friend only lived fifteen minutes from the airport.  Tonight they would go to dinner.  She looked forward to this rare visit.

And she headed out the door to meet her friend outside.

I will never see her again.  This single-serving friend. I didn’t even get her name.

Latest from the TwitterSphere